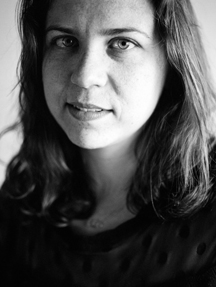 Ilana Panich-Linsman (b. 1984) is a visual journalist based in Austin, Texas. She is available for assignment in Texas and beyond. In the U.S., her clients include The New York Times , The Wall Street Journal , The Washington Post, NBC News, The Boston Globe, Al Jazeera America, AARP and CNN. Her archive can be found at REDUX .

In 2014, she was named one Magnum Photo's 30 under 30 .  Her work has been recognized by the Lucie Foundation; the Oso Bay Biennial XVIII; Slideluck Potshow, Austin; and the Lumix Festival, Hannover, Germany. Her work appeared in the AI-AP American Photo 30 and Fotografia Magazine. Her work has been showcased on The New York Times LENS blog  and on the CNN photography blog .

Other awards and honors include the Multimedia Award at the 2010 Lumix Festival for Young Photojournalism; she was nominated for the World Press Photo Joop Swart Masterclass in the same year. She participated in the VII Mentorship Program, assisting Stephanie Sinclair and Donna Ferrato.

Ilana is a graduate of the International Center of Photography’s photojournalism program (New York, New York) where she was awarded a Director’s Fellowship. She holds a Bachelor of Arts degree from Scripps College (Claremont, Calif.), completed the Eddie Adams Workshop in 2009, and graduated in 2014 from the University of the Arts, London, with a Master of Arts degree in photojournalism and documentary photography.